Choose your country of delivery to see prices and products for your location.

Get a FAT discount!!!

Take action now while stocks last! The promotion is only valid on 28. November 2022.

Surfboard delivery to all EU countries

fast delivery to all european countries and CH 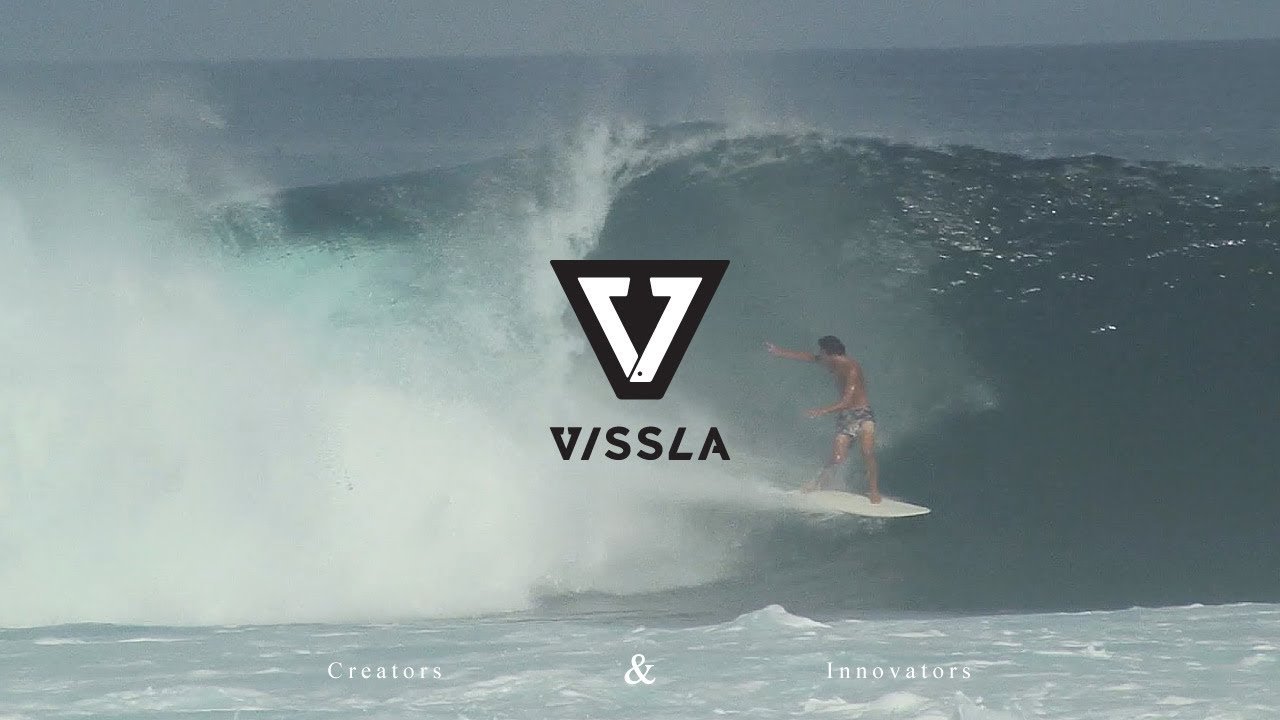 Vissla is a surf brand that stands for creative freedom, a forward-thinking philosophy and a generation of artists and innovators. Vissla stand for the modern do-it-yourself attitude in surf culture, performance surfing and craftsmanship. Vissla is constantly striving to minimise our impact on the environment and protect the oceans and waves from which We were born. Vissla stands for a surf-all and ride-all mentality.

Vissla, based in Aliso Viejo, has been making waves since former Billabong manager Paul Naude founded the brand in 2013. Vissla not only won the Men's Apparel Brand of the Year award for the second year in a row, but also the Men's Boardshort of the Year award. 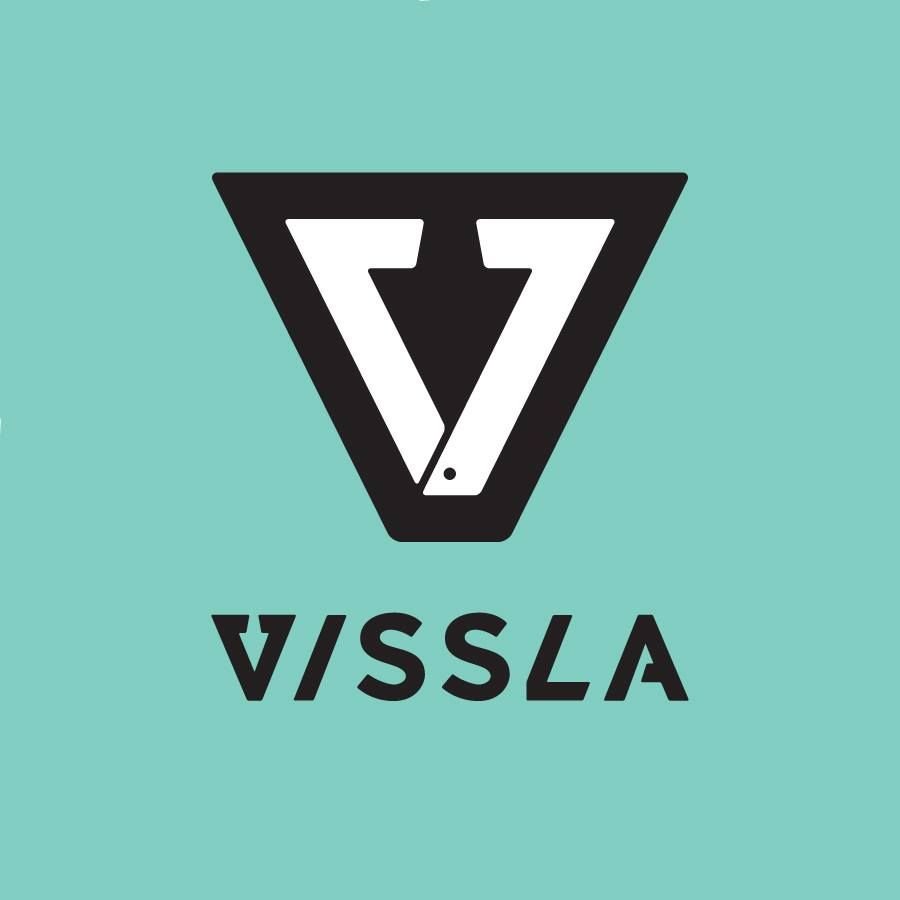 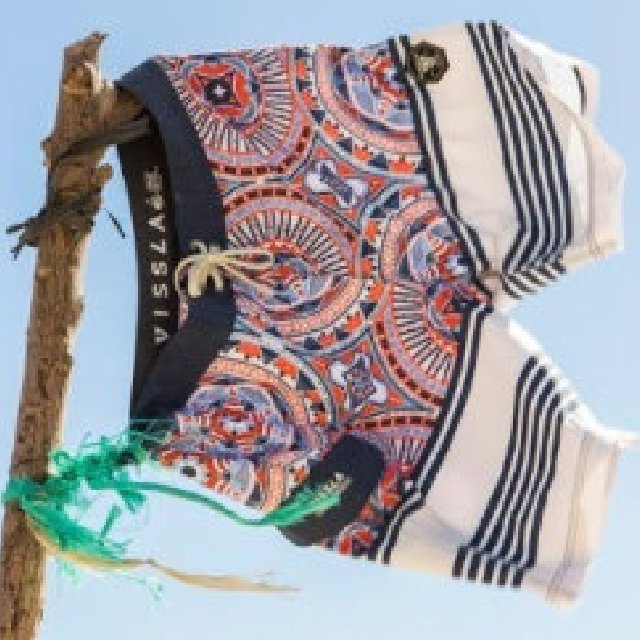 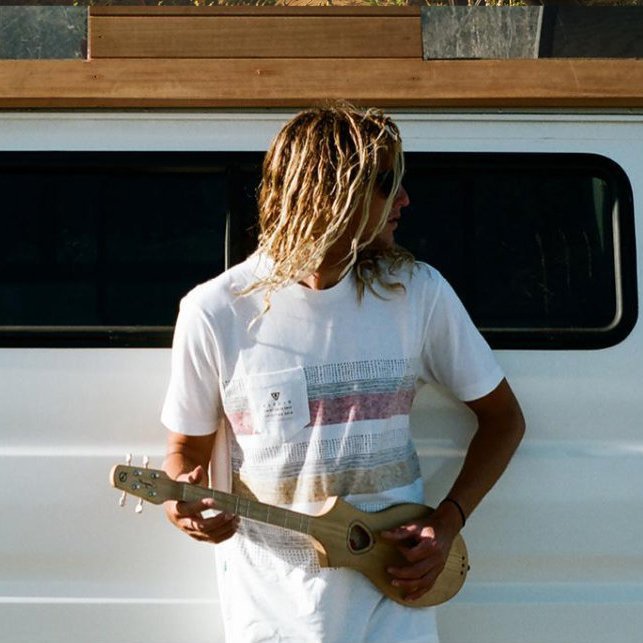 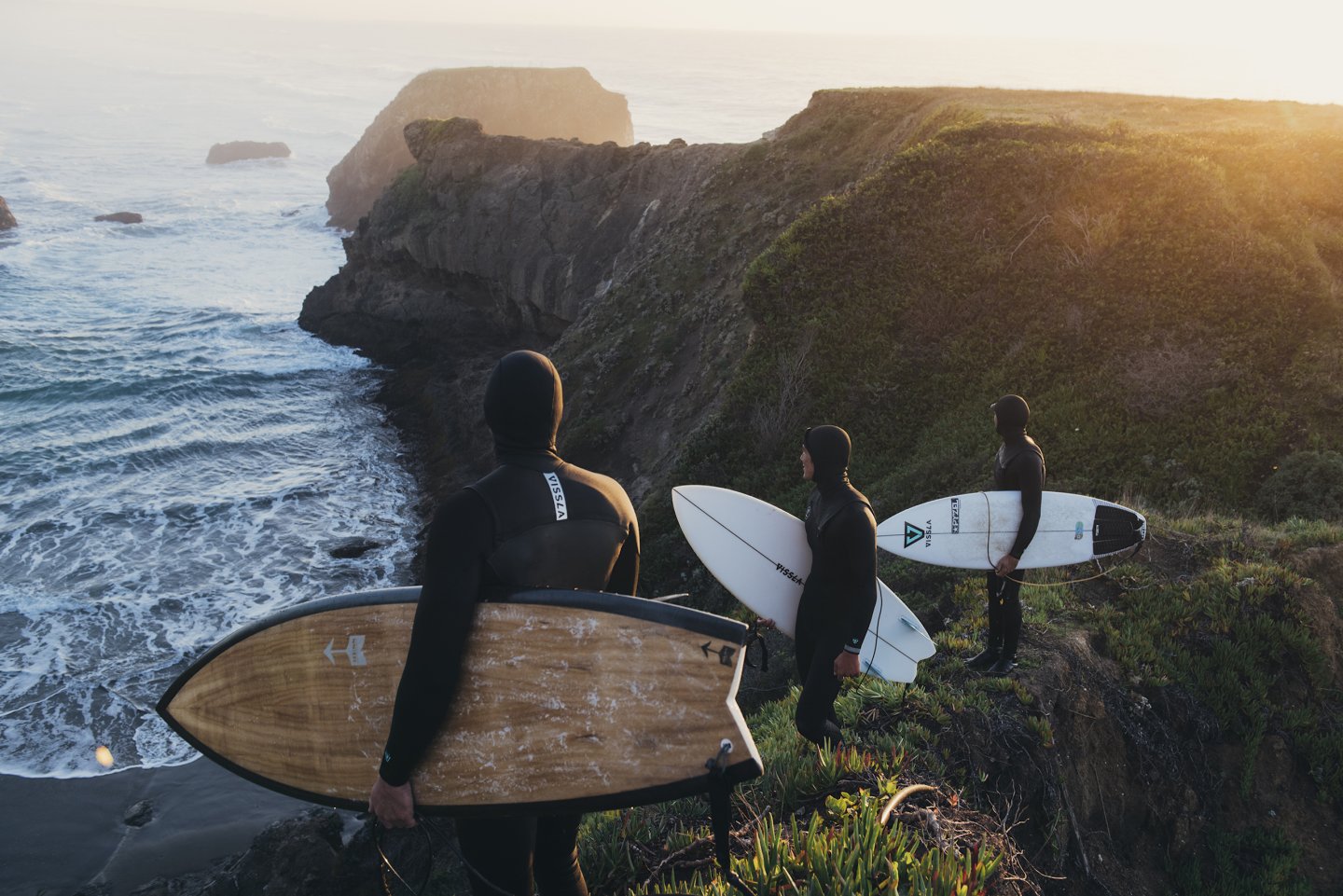 Many people know the Vissla brand - it has grown from a small boutique brand to a force to be reckoned with in the surf industry over the last five years - but few know the story of how it came to be.

Paul Naude grew up in Durban, South Africa, and was part of Shaun Thomson's generation. Instead of studying, as his parents had planned, he started working in a moulding shop, taking orders and fixing dents until he eventually moved on to laminating, sanding and shaping boards. In the meantime, he became a good surfer himself and soon followed Shaun Thomson and the other South Africans to the North Shore, where he clashed with Randy Rarick and went on to have a successful pro career.

Paul Naude grew up in Durban, South Africa, and was part of Shaun Thomson's generation. Instead of studying, as his parents had planned, he started working in a moulding shop, taking orders and fixing dents until he eventually moved on to laminating, sanding and moulding boards. In the meantime, he became a decent surfer himself and soon followed Shaun Thomson and the other South Africans to the North Shore, where he clashed with Randy Rarick and went on to have a successful pro career (including a win at Sunset and a third place at the Pipe Masters).

Meanwhile, Naude became increasingly involved in the surf industry. He learned the ropes of media and publishing, eventually founding ZigZag Magazine, South Africa's leading surf magazine. He also became the regional licence holder for Gotcha in South Africa and was eventually hired as president of Billabong.

After Billabong went public and suffered from the decline of the surf industry in the early 2000s, Naude decided to return to his roots and started a company called Stoke House, which had a number of branches, including Vissla - a brand that Naude says should always focus on surfing, not street culture, not skate or snow culture, but just surfing. He wanted to bring together a group of creative surfers and board builders, and that's exactly what he did. Vissla's team now includes a host of " developers and innovators " such as shaper Danny Hess, filmmaker/shaper/artist Thomas Campbell, PhD scientist/environmentalist and native Hawaiian Cliff Kapono, and up-and-coming surfers such as Cam Richards and Noa Mizuno from Town.

Almost 50 years after he first picked up a surfboard, Naude has now come full circle: with his brand, he offers young surfers a chance, just as he once received it.

We are proud to introduce artist, photographer, filmmaker and influencer Thomas Campbell as our newest Creator & Innovator. Thomas Campbell is self-taught in painting, sculpture, photography and filmmaking. He divides his time between his painting/sculpting/fabric making studio in Bonny Doon, California and shooting films around the globe.

Campbell's artwork combines doodles and writings, taking slogans and anecdotes from his unique vocabulary and juxtaposing them with a profound look at human nature. His movement-oriented paintings are as layered with meaning as they are with colour. Usually consisting of several panels, the works are free-flowing, with broad expressionist strokes of colour, bold graphics and intricate renderings of signs and text.

His photographs mimic the intensity of the paintings, but in a more abstract form. Campbell has had solo exhibitions in New York, Paris, Tokyo, Denmark, the Netherlands, San Francisco, Los Angeles and Morocco. In 1999, he completed his first feature-length surf film, The Seedling,

In 2004 he released his second film Sprout and has just completed his third film The Present in spring 2009. Campbell is also the co-owner and creative director of a small, independent record label in Santa Cruz, California, Galaxia, which has released records by contemporary artists such as Tommy Guerrero, Bonnie "Prince" Billy, Peggy Honeywell and The Black Heart Procession. Galaxia was founded in 1993. In 2013, Campbell founded a new creative platform called UM YEAH ARTS, which is a hub for making books and music.

Reynolds loves to create and build with his hands, he is an artist through and through. When he takes the time, he draws inspiration from drawing, painting, woodworking and photography. He is known for incorporating all of this into his surfboards. Over the past 10 years he has had the pleasure of working with admirable artists such as Thomas Campbell, Danny Clinch, Patrick Trefz, Alex Kopps and Curtis Culig. With these artists he has brought to life some unique and innovative creations. His boards have been featured in art shows, pop ups and NYC Fashion Week.

Currently, Travis lives 12 miles up the North Shore of Santa Cruz with his family. He builds his boards at the Santa Cruz Board Builders Guild and works with Doug Haut, Marc Andreini, Ashely Lloyd Thompson and glass master Doug Fletcher. Travis specialises in building his handmade custom surfboards from start to finish - shape, glass, sand. When Travis isn't in the workshop, you'll find him busy with projects at home, on adventures with his love and young son, and surfing the coast.

Jack Coleman, photographer and filmmaker without a name, doesn't stick to normality and lives a free life in Newport Beach, California.

Born in the days before digitisation, now almost forgotten, when there was a kind of process to taking a photo. You had to be sure. No instant gratification. Jack has an affinity with that process.

Coleman's approach to filmmaking mixes surfing with ambient noise. We can hear the "click-click" of the super-eight as the film races through the gears, exposing the emulsion and capturing still unknown images of what is going on. I know that sound. Many do or did. It is not a new sound, but one that sets off a chain reaction of feelings. It is an anchor in the past. It conjures up images of the past. A mental aphrodisiac that conjures up the past of childhood.

It would be an understatement to say that Coleman has a knack for nostalgia and creating his own worlds. His films are a purely visual experience, relying heavily on colour filters, speed manipulation and psychedelic soundtracks. It is clearly a more conscious art than a simple home video.

"That's what I love about Super8 surf films, they feel like old home movies," Coleman says. "It's mostly shot by hand, so you can easily create your own spaces and scenes. When I'm in Bali doing a Hindu ceremony with Indonesians, I can just walk around with my camera and be in the middle of their world. The equipment I use is much less intimidating than a modern camera. There's something about holding an old camera that makes people curious and interested. It allows you to experience the scene without feeling removed from it. I want to enjoy those moments and share them with everyone else. I loved the days of the 'old' surf film, a few friends, some film and a real expression of individuality through surfing, colour, sound and movement. The film carries life, moments to reflect on forever."

Evan Marks is the founder and director of the Ecology Center. Based in San Juan Capistrano, California, the Ecology Center is a non-profit eco-education centre focused on creative solutions for thriving on planet Earth. A passionate surfer with a background in permaculture and agroecology, Evan understands that more ecological food systems make for both healthier oceans and healthier communities. Having worked extensively in California, Hawaii and internationally in Costa Rica, Peru, Mexico, Ghana and Nigeria, Evan knows that people have the power to directly impact the environment through individual change. We are honoured to have Evan Marks as our newest creator and innovator, joining us in building Vissla's sustainability programme.

Unique handmade surfboards that are essentially simple in design but obscure in appearance. Each shape is made with great attention to detail in the functional elements of these creative boards Donald Shapes. The boards are an extension of the feet and are built according to the surfer's posture. They are designed to be surfed both left and right, changing according to the stance. Its asymmetrical concepts promote a free and forgiving feel that takes into account the limitations of the foot, ankle joint and weight distribution when surfing. His fascination with surfboards and passion for design are infectious and create a welcome invitation for the innovative craft he builds. It's a whole practical process that is simple and real, making the beauty of design and craftsmanship his way of life.

Alkali creates original, handmade fins of the highest quality for people who love surfing. Handmade from fibreglass panels, Alkali's focus is on breathing new life into fin templates that have stood the test of time. Alkali offers options for all board types, setups and styles. Beautiful and unique colours available in box fin, plug and glass-on, as well as a range of custom and limited edition templates. Combining the best of modern designs, high quality materials and proven techniques, Alkali Fins are unique and unrivalled.

The Vissla surf brand was founded in the USA in 2014.

Vissla products are developed in the USA and manufactured in Southeast Asia, the USA and Portugal.

VISSLA | Surf brand for surfboards, wetsuits and clothing. Vissla is a brand for people who surf. It makes everything from functional and sustainable boardshorts to shirts and jackets, from cosy trousers and hoodies for couch surfers to wetsuits and special surf accessories.

VISSLA is a modern surfwear company. We stand for creative freedom, a forward-thinking philosophy and a generation of creators and innovators. We embody the modern do-it-yourself attitude in surf culture, performance surfing and craftsmanship. This is a surf-everything and ride-everything mentality.